Doha, Qatar, 20 March 2019: Every year, three out of 1000 births globally result in a baby being born with a serious condition called meconium aspiration syndrome (MAS). The condition happens when the baby passes their first bowel movement while still inside their mother’s womb and inhales the stool particles. The substance ends up inflaming and blocking the baby’s air passage, making it sometimes impossible to take in enough oxygen to breathe; resulting in a high risk of brain damage or in death.

Such was the case recently with baby Adam, who was born with MAS at Hamad Medical Corporation’s (HMC) Women’s Wellbeing and Research Center. “When we first laid eyes on Adam – everything seemed so normal. He was so beautiful! But then he started making gurgling noises. Our joy turned to despair as we only saw him for about few seconds before he was rushed out of the room in an incubator to the Newborn Intensive Care Unit (NICU),” said Adam’s mother.

It was quickly determined that the baby was suffering from severe respiratory issues and that the only option to save Adam’s life and reduce the risk of brain damage, would require the help of an advanced technology treatment called extracorporeal membrane oxygenation (ECMO). ECMO works by taking over the function of the lungs and sometimes the heart, and allowing the organs to rest and recover from a reversible condition like MAS.

Since Adam’s heart was still functioning properly, he only needed the ECMO machine to do the work for his lungs. Without ECMO, Adam only had a 10 percent chance of survival, but with it, his chances could go up by 85 percent.

Adam was immediately transferred to Sidra Medicine, the only hospital in Qatar and the Middle East to offer a neonatal respiratory ECMO service. The specialist women’s and children’s hospital’s Division of Neonatology recently installed the ECMO service to advance the neonatal and pediatric care of patients in the country.

During Adam’s ECMO process, blood was taken out of his body from the right side via a tube and circulated through the machine to remove carbon dioxide and add oxygen. It was then warmed back up to body temperature and returned to the right side of the heart, which then pumped the blood out to his body. This form of bypass, called venovenous, is used in conditions when only the lungs need support, and if the heart is working properly.

Commenting on the procedure, Dr. Mohammed Elkhwad, the Medical Director of the ECMO Neonatal program at Sidra Medicine said: “Baby Adam was rushed to Sidra Medicine where we immediately put him on the ECMO venovenous treatment course. This method is less invasive, which is better for the child. NICU babies treated with ECMO have the highest survival rates. The average ECMO treatment for MAS is about five days. Once a patient overcomes the acute phase, it allows time for the body and the lungs to gradually heal completely, thereby removing the risk of any long-term health problems.”

After four days on ECMO, Adam was weaned off and supported with a traditional ventilator. Soon afterwards, his breathing tube was removed, and in less than three weeks and after checking to ensure he had no issues in his brain, he was discharged. Today, Adam is a happy healthy baby with happy parents who are breathing easier too!

“We are so thankful that this amazing technology was available to him because it saved his life. We also cannot express enough gratitude to everyone across the healthcare network from HMC to the miracle workers of the ECMO team at Sidra Medicine, who worked on him around the clock and never left his side,” said Adam’s parents. 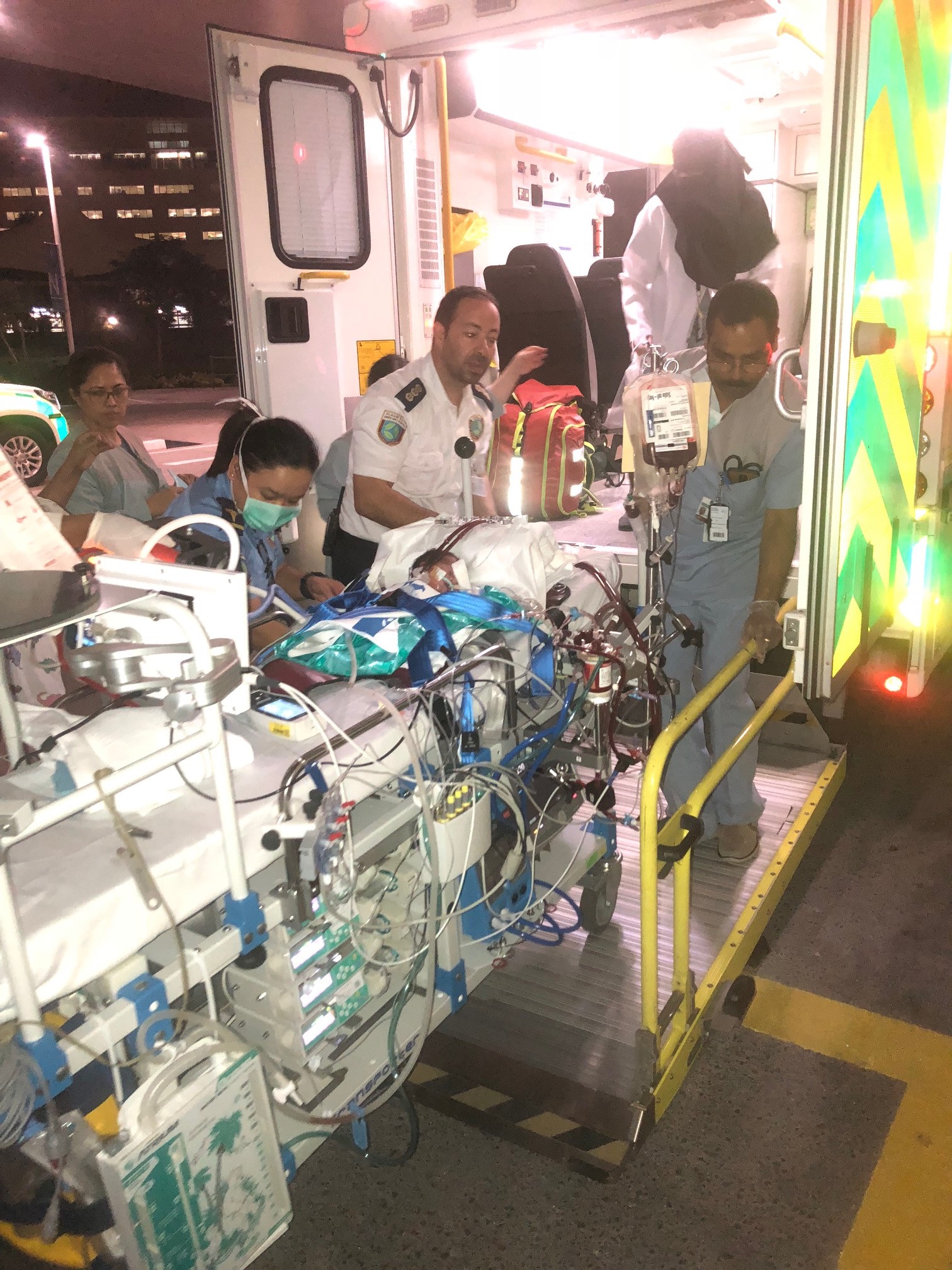 Sidra Medicine has also launched a mobile ECMO unit that can be transported to other hospitals to help save the lives of babies who may have an urgent need for it. The mobile ECMO unit along with a specialist team, is able to go to any hospital in Qatar to immediately deliver treatment and care.

Dr. Abdulla Al Kaabi the Chief Medical Officer at Sidra Medicine said: “Sidra Medicine has pioneered several pediatric healthcare milestones within a span of one year. With the launch of the neonatal respiratory ECMO program, we are on a continuous trend to changing the landscape of advancing the specialist care of children and young people in the country. I am very proud of the team and our partnership with HMC which enabled the smooth and quick transfer of the patient to our hospital. All of us are happy that baby Adam’s life was saved and that we have the capacity and capability to save the lives of babies born with MAS.”