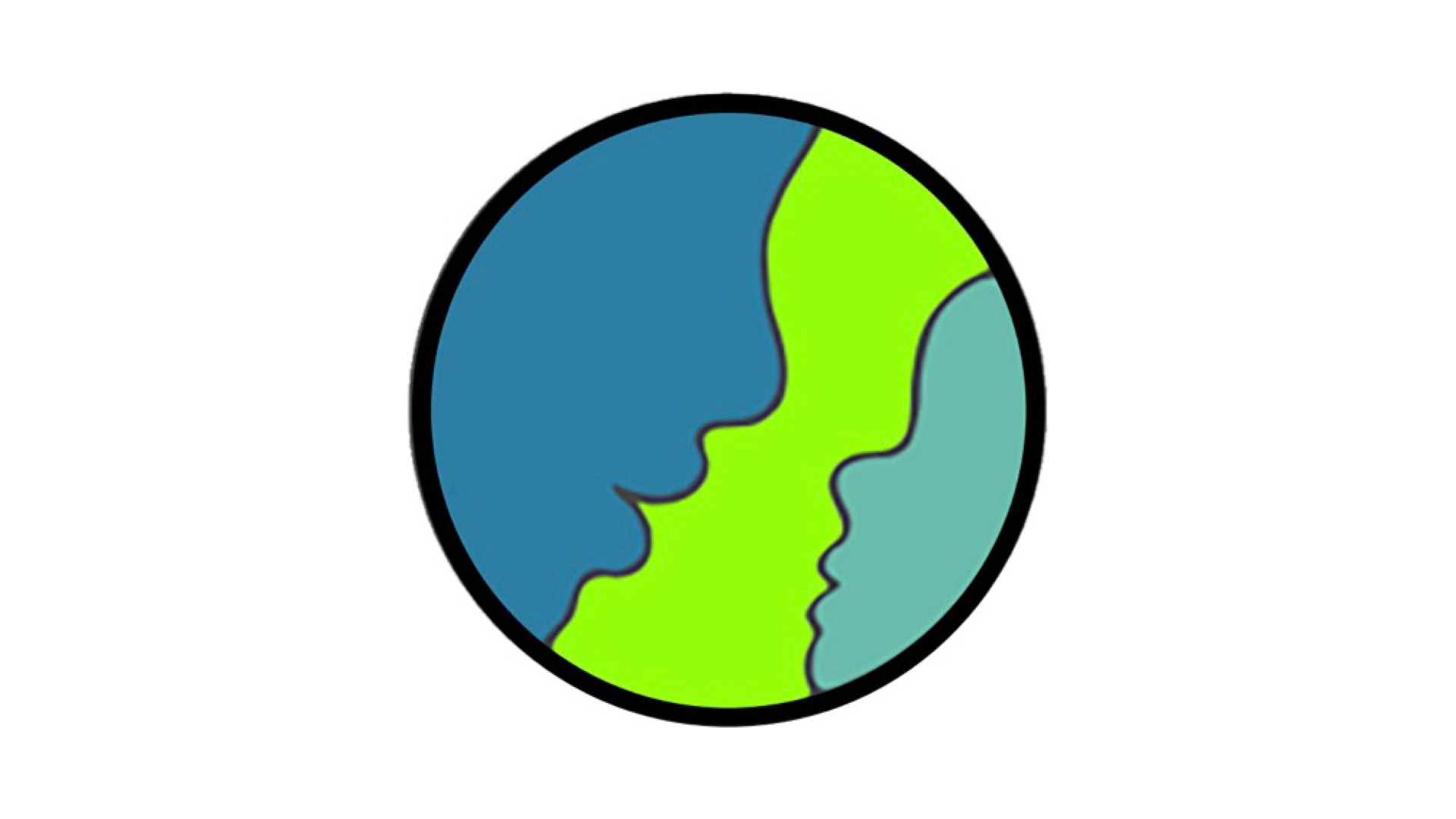 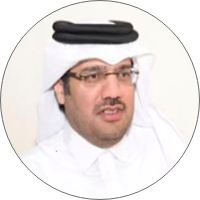 Dr. Majid Ali Al Abdulla is a Senior Consultant Psychiatrist, the Chairman of Psychiatry and Medical Director of the Mental Health Services at Hamad Medical Corporation. He  represents Qatar both at the regional (GCC) Committee of mental health level, and at international level (United Nations) as the focal point in Qatar for the prevention of drug abuse.

Dr. Majid was appointed to the first post of Psychiatry Clerkship Director at Qatar University, where he also holds a position of assistant professor.

Dr. Majid completed his Arab Board training in 2008 and obtained experience as a clinical fellow in South London and Maudsley NHS Foundation Trust, Institute of Psychiatry (IOP), London United Kingdom. His area of interests are psychosomatic medicine, neuropsychiatry, depression and anxiety related disorders and addiction medicine. 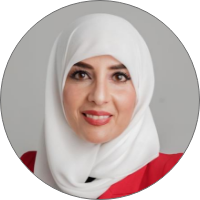 Dr. Sawssan received her doctorate in clinical psychology with specializations in quantitative methods and community psychology and completed her postdoctoral training in developmental issues and health disparities at Wayne State University and the University of California, Los Angeles. Dr. Ahmed's research focuses on the relationship between sociocultural risk and protective factors and physical and mental in Arab and Muslim populations. Dr. Ahmed is the lead Principal Investigator on a research study that explores the validity of depression and anxiety screening measures in pregnant Arabic speaking women and a Qatar National Research Fund grant to culturally adapt and investigate the outcomes of a psychological intervention to prevent postpartum depression and anxiety in Arabic speaking women receiving perinatal services in Qatar. She has authored several publications on the role of risk and protective factors as well as culturally competent clinical work with Arab and Muslim communities. 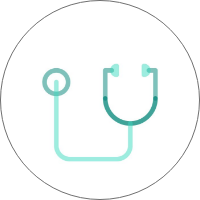 Ms Safia holds a BSc in Nursing and a Master’s in Public Health, as well as a Post Graduate Diploma in Perinatal Mental Health and Clinical Education. Before joining Sidra, 7 years ago, she worked as a Clinical Specialist Nurse and Clinical Instructor in London, UK. Safia was one of the 1st pioneers, who commissioned and activated the WMH services at Sidra Medicine. She has an active role in service development and promotion. She also implemented the 1st Antenatal Mental Health Screening Pathway and is continuously involved in a number of process improvement and research initiatives. She has a passion for working with women and their families, promoting optimal emotional and psychological well-being. 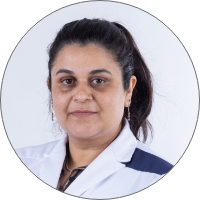 She did her general psychiatry training at Cambridge and Peterborough Mental Health Trust under Eastern deanery UK. She has done MRCPych and completed her core training in General Adult. She was working as senior consultant inpatient psychiatrist at Mid Central DHB New Zealand. She was also a medical head for adult and old age service sat Mid Central DHB. Dr Monazza has special interests in mood disorders, bipolar disorder, psychosis and other perinatal issues. 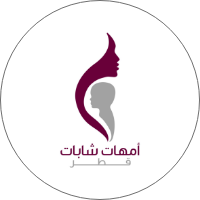 Mother to 4 boys and founder of young mothers Qatar, which is an educational initiative directed to new mothers. We discuss all matters relating to pregnancy, birth, breastfeeding and newborn care on social media platforms. Part of the initiative is a mother-to-mother support chat group running 24/7 to provide support and encouragement to mothers in Qatar. 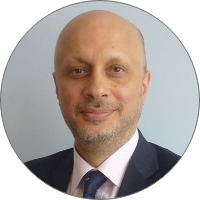 Prof. Mohammed Al-Uzri is an associate medical director and consultant psychiatrist with Leicestershire Partnership NHS Trust (LPT). In 2020 he was appointed as the Royal College’s Presidential Lead for International Affairs. He plays a key role in delivering its international strategy and overseeing its global activities. Mohammed was awarded the RCPsych Presidential Medal for his work in international psychiatry.

Mohammed completed his medical training in Baghdad, Iraq, moving on to Leeds University and specialising in Adult Psychiatry with Endorsement in Rehabilitation

He is an honorary professor at the University of Leicester, he teaches medical students and junior doctors, and promotes research in mental health. Through his work with Leicester University, he has also led an award-nominated programme to modernise undergraduate medical education in Iraq since 2010. 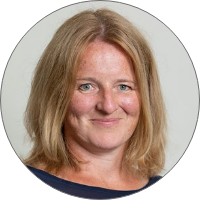 Dr. Jo Black is the Chair of the Perinatal Faculty at the Royal College of Psychiatrists. She is a consultant perinatal psychiatrist working in Devon Partnership NHS Trust.
She has been a member of the Perinatal Faculty Executive Team since 2016, and prior to this was the South West Regional Representative for the Faculty.
Dr. Black held the position of Associate National Clinical Director for Perinatal Mental Health at NHSE between 2016 and 2020. During this time she co-led the implement the 5 Year Forward View for Mental Health, providing clinical leadership to the programme. This resulted in development of community perinatal mental health teams to serve every family in England and commissioning 4 new Mother and Baby units.
Within Devon, Dr. Black has clinically lead a service which has grown from scratch and now has comprehensive community and outreach provision. She worked with local architects to create a vision for a new build MBU, and championed coproduction in the build process to ensure women and families co-produced the final brief. The Unit won a National Architecture in Health Award in 2019.
Dr. Black has an interest in collaboration with those working in the arts to amplify the stories of women and families to be used in training, education and public awareness, including film makes, animators, playwrights, crafters  musicians and artists. The suite of material which has been created has had wide reaching benefits both in the UK and overseas.
Jo is interested Global Health and is leading the perinatal faculty to better meet the needs of our International members. 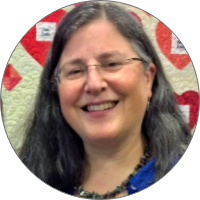 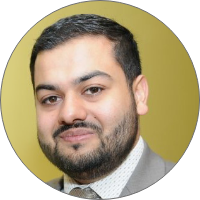 In addition to a specialist community perinatal mental health team. He is actively involved in the development and expansion of perinatal services across Scotland, where he hold the following Roles and responsibilities; Vice-Chair of the Perinatal Faculty at the Royal College of Psychiatrists in Scotland, Executive committee member of the UK-wide Perinatal Faculty at the Royal College of Psychiatrists, London, Honorary Clinical Senior Lecturer, University of Glasgow, Steering committee member, Perinatal Mental Health National Managed Clinical Network and Member, Scottish Government Perinatal and Infant Mental Health Programme Board. 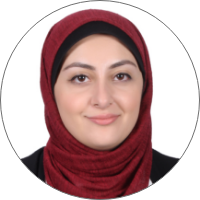 Offering psychotherapy for women in the perinatal period. Danah obtained her BSc in Psychology with Counselling Skills in 2014, from Middlesex University in Dubai and MSc in Health Psychology from Aston University in Birmingham in 2017. Her training in therapy was in obtaining a diploma in Clinical Hypnotherapy, Psychotherapy and Counselling skills from Transformations Institute in Dubai, certification in Humanistic Existential Approach to Relationship Therapy from Relationship Path Institute, trained in Interpersonal Therapy at the Anna Freud Center and CBT for anxiety from the Beck Institute. She is a Graduate Member of the British Psychological Society and is licensed by Qatar Council for Healthcare Practitioners. Prior to Sidra, she trained in the Psychiatry Hospital of Hamad Medical Corporation for a year. She then went onto assist in developing a mental health service in a private clinic in Doha where she worked for two and a half years where she offered psychotherapy for adults before joining Sidra. 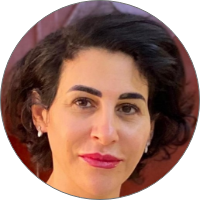 Dr. Sazgar has a long-standing interest in medical education and professional development of next generation clinicians. She is currently program director for the women’s mental health fellowship program at Hamad Medical Corporation in Qatar. 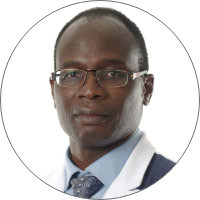 Dr. Joseph has over 20 years of experience in Obstetrics and Gynaecology. Prior to joining Sidra, he was a Consultant Obstetrician & Gynaecologist in University Hospitals of Leicester (UHL), UK. He has a special interest in Acute Gynaecology and Early Pregnancy management. He was also the lead clinician for the multidisciplinary Health and Wellbeing Clinic for women with high BMI in pregnancy. He has a great interest in medical education and was acknowledged as a star tutor at Leicester Medical School in 2017.

Dr. Trudi Seneviratne
(OBE, FRCPsych) has been Registrar of the College since 2020

Trudi qualified as a medical practitioner in 1992, having trained at St Bartholomew’s Medical School, London; she completed her psychiatric training both at St. Bartholomew’s and later, as a research registrar at the Institute of Psychiatry, Psychology & Neuroscience (IoPPN).

Dr. Trudi Seneviratne has been a consultant adult and perinatal psychiatrist at South London & Maudsley NHS Foundation Trust since 2002. She has been an active educator over the years and has published/disseminated numerous research papers, particularly in perinatal mental health. She is a current member and previous vice-chair of the National Clinical Reference Group, NHS England; Chair of The Perinatal Faculty, Royal College Psychiatrists (2016-2020).

In 2019, she was awarded an Order of the British Empire for services to Perinatal Psychiatry and the President’s medal of the Royal College of Psychiatrists. 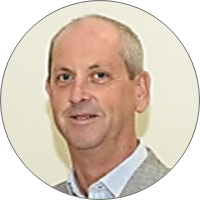 Mr. Iain Tulley spent 35 years in UK Healthcare, 15 years as Chief Executive.
Prior to joining HMC, he was Chief Executive of Avon and Wiltshire Mental Health Partnership NHS Trust, one of the largest mental health Trusts in England. He was previously Chief Executive of Devon Partnership NHS Trust and East Devon Primary Care Trust.  Mr. Tulley has held a number of senior healthcare management posts; he also worked at the Department of Health and was involved in developing a National Service Framework for Mental Health in the UK.

He originally trained as a nurse in Scotland before retraining and becoming a manager.
During his time as Chief Executive, he has promoted clinical leadership, enabling clinicians to lead and develop services for the benefit of patients. 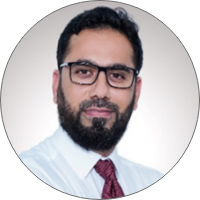 Dr. Wadoo is the current chair of the Middle East Division of the Royal College of Psychiatrists, a senior consultant in the Community Mental Health Services of HMC, and associate professor at the College of Medicine, Qatar University, and director of the psychiatry fellowship program and chair of various hospital committees. He was a consultant psychiatrist in the National Health Service in England before joining Hamad Medical Corporation in 2017. He is involved in clinical service, education, research, and service development initiatives and has been involved in producing national guidelines for mental disorders in Qatar. His research interests include primary care and community psychiatry, and he has published his research in international journals. 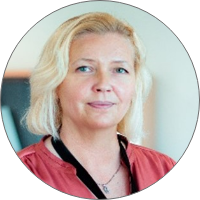 Katja Warwick-Smith (RMN, MSc, PGDE) graduated as a registered nurse in Finland and then spent over a decade working for the NHS in the UK, in clinical, managerial and service development roles in mental health services (especially in acute and emergency settings) before moving from a senior health care position to academia.
She joined HMC in 2014 and is currently engaged in clinical redesign, virtual women’s mental health services, The National Mental Health Helpline, workforce development and wellbeing & mental health awareness work across HMC and Qatar. Katja also has a keen interest in interdisciplinary education and research and is actively engaged in variety of projects  across services to improve the quality of mental health care across the wider system.